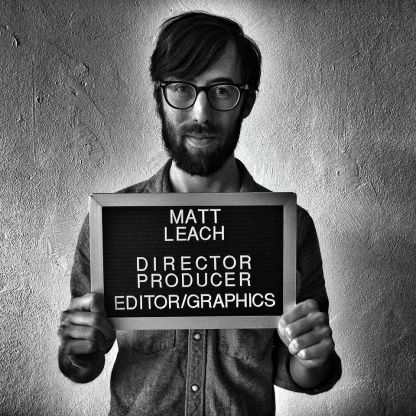 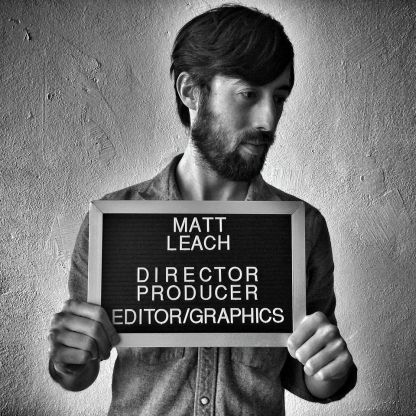 Matt Leach has spent the past decade sharing the strange and wonderful stories of Oklahoma. His early claim to fame was the video for the song, Midnight Vignette by Evangelicals, which was vote one of the top 10 indie videos of 2008. Matt’s work would be featured on MTV and at the SXSW festival in Austin, TX. He has also produced national commercials for Cox Cable, high profile political candidates and the XBOX title Splosion Man and Ms. Splosion Man. Thanks in large part to his wide ranging background, Matt’s documentary work at This Land Press has brought a fresh take as well as a dose of humanity to “flyover country.” His joint effort with Sterlin Harjo, titled simply “This Land,” is a thought provoking and delicately crafted series on life in middle America. He currently resides in Tulsa, OK where he continues to hunt for the next great story.